Value-added tax: A value-added tax , known in some countries as a goods and services tax (GST), is a type of tax that is assessed incrementally. It is levied on the actual transaction value of a product or service at each stage of production, distribution or sale to the end consumer, except where a business is the end consumer which will reclaim this input value.

Added tone chord: An added tone chord, or added note chord, is a non-tertian chord composed of a tertian triad and an extra "added" note. The added note is not a seventh , but typically a non-tertian note, which cannot be defined by a sequence of thirds from the root, such as the added sixth (Play ) or fourth. 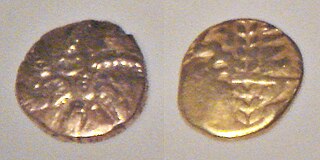 Addedomarus: Addedomarus was a king of south-eastern Britain in the late 1st century BC. His name is known only from his inscribed coins, the distribution of which seem to indicate that he was the ruler of the Trinovantes. He was the first king to produce inscribed coins north of the Thames, perhaps as early as 35 BC, although some estimates are as late as 15 BC. He seems to have moved the Trinovantian capital from Braughing in Hertfordshire to Camulodunum (Colchester, Essex).

Added value: Added value in financial analysis of shares is to be distinguished from value added. It is used as a measure of shareholder value, calculated using the formula: Added Value = Price that the product or service is sold at - cost of producing the productAdded Value can also be defined as the difference between a particular product's final selling price and the direct and indirect input used in making that particular product.

Added mass: In fluid mechanics, added mass or virtual mass is the inertia added to a system because an accelerating or decelerating body must move some volume of surrounding fluid as it moves through it. Added mass is a common issue because the object and surrounding fluid cannot occupy the same physical space simultaneously.