Amazing: Amazing may refer to: 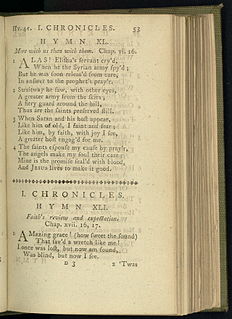 Amazing Grace: "Amazing Grace" is a Christian hymn published in 1779, with words written in 1772 by the English poet and Anglican clergyman John Newton . Newton wrote the words from personal experience.

Amazing Stories (1985 TV series): Amazing Stories is an American anthology television series created by Steven Spielberg, that originally ran on NBC in the United States from September 29, 1985 to April 10, 1987. The series was nominated for 12 Emmy Awards and won five.

Amazing Grace (2006 film): Amazing Grace is a 2006 British-American biographical drama film directed by Michael Apted, about the campaign against the slave trade in the British Empire, led by William Wilberforce, who was responsible for steering anti-slave trade legislation through the British parliament. The title is a reference to the 1772 hymn "Amazing Grace".