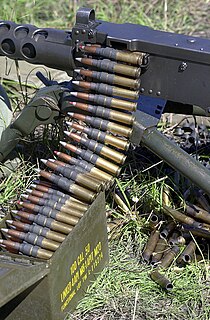 Ammunition: Ammunition is the material fired, scattered, dropped or detonated from any weapon. Ammunition is both expendable weapons (e.g., bombs, missiles, grenades, land mines) and the component parts of other weapons that create the effect on a target (e.g., bullets and warheads).

Ammunition column: An Ammunition Column consists of dedicated military vehicles carrying artillery and small arms ammunition for the combatant unit to which the column belongs, most noted as being the Artillery Brigade or a Divisional Artillery. Thus the Ammunition Columns of a division, formed of the brigades of field artillery, carry reserve ammunition for the guns, the machine guns of the infantry and the rifles of all arms. 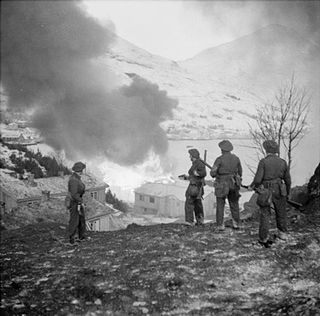 Ammunition technician: An ammunition technician is a British Army soldier, formerly of the Royal Army Ordnance Corps but since 1993 of the Royal Logistic Corps, trained to inspect, repair, test, store, and modify all ammunition, guided missiles, and explosives used by the British Army. These technicians are also trained to use demolition to safely dispose of individual items of ammunition and explosives (EODs) or to conduct logistics disposal of bulk stocks of multi items. 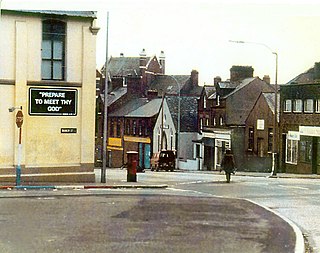