Anxious Records: Anxious Records was a record label set up by David A. Stewart of Eurythmics. Besides distributing his own records, the label also distributed groups including Londonbeat and the Dutch band Soft Parade.

Anxious Nation: Anxious Nation: Australia and the Rise of Asia 1850–1939, written by David Walker, has been described as a "landmark" analysis of the history of Australian perceptions of Asian people and their cultures. It was first published by the University of Queensland Press in 1999 and has subsequently been reprinted in an Indian edition and translated into Chinese (China Renmin University Press, Beijing, 2009). 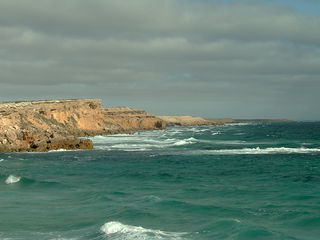 Anxious Bay: Anxious Bay is a bay in the Australian state of South Australia located on the west coast of Eyre Peninsula about 275 kilometres west north-west of Adelaide. It was named by Matthew Flinders on 21 February 1802.