Aquatic: Aquatic means relating to water; living in or near water or taking place in water; does not include groundwater, as "aquatic" implies an environment where plants and animals live.

Aquatic ape hypothesis: The aquatic ape hypothesis , also referred to as aquatic ape theory (AAT) is the idea that ancestors of modern humans were more aquatic than those of other great apes.The hypothesis was initially proposed by the marine biologist Alister Hardy in 1960, who argued that a branch of apes was forced by competition over terrestrial habitats to hunt for food such as shellfish on the sea shore and sea bed leading to adaptations that explained distinctive characteristics of modern humans such as functional hairlessness and bipedalism. Elaine Morgan's 1990 book on the hypothesis, Scars of Evolution, received some favorable reviews but was subject to criticism from the anthropologist John Langdon in 1997, who characterized it as an "umbrella hypothesis" with inconsistencies that were unresolved and a claim to parsimony that was false.The hypothesis has been deprecated as pseudoscience. 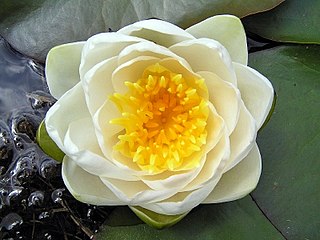 Aquatic plant: Aquatic plants are plants that have adapted to living in aquatic environments . They are also referred to as hydrophytes or macrophytes to distinguish them from algae and other microphytes.