Awesome: Awesome may refer to: 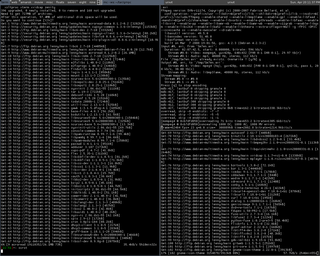 Awesome (window manager): AwesomeWM is a dynamic window manager for the X Window System developed in the C and Lua programming languages. Lua is also used for configuring and extending the window manager.

AwesomenessTV: AwesomenessTV is a Los Angeles-based film and television studio owned by ViacomCBS Digital Studios, a division of ViacomCBS. The company initially focused on internet video, primarily targeting teenagers and pre-teens. Since its purchase by Viacom, the studio has focused more on long-form television series and films for over-the-top services, and has referred to itself as targeting generation Z. Founded by Brian Robbins and Joe Davola, AwesomenessTV began as a YouTube channel and multi-channel network.