Bail: Bail is a set of pre-trial restrictions that are imposed on a suspect to ensure that they comply with the judicial process. Bail is the conditional release of a defendant with the promise to appear in court when required.In some countries, especially the United States, bail usually implies a bail bond, a deposit of money or some form of property to the court by the suspect in return for the release from pre-trial detention. 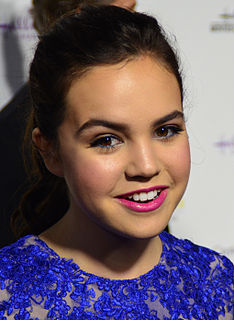 Bailee Madison: Bailee Madison is an American actress. She first gained acclaim for her role as May Belle Aarons in the fantasy drama film Bridge to Terabithia (2007).

Bailout: A bailout is the provision of financial help to a corporation or country which otherwise would be on the brink of failure or bankruptcy. A bailout differs from the term bail-in under which the bondholders or depositors of global systemically important financial institutions (G-SIFIs) are forced to participate in the recapitalization process, but taxpayers are not.

Bailiff: A bailiff is a manager, overseer or custodian; a legal officer to whom some degree of authority or jurisdiction is given.

Bail bondsman: A bail bondsman, bail bondsperson, bail bond agent or bond dealer is any person, agency or corporation that will act as a surety and pledge money or property as bail for the appearance of a defendant in court. Bail bond agents are almost exclusively found in the United States and its former territory, the Philippines.