Beloved: Beloved may refer to: 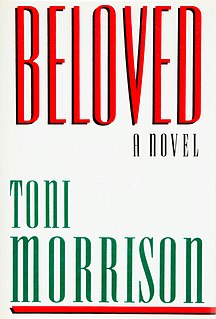 Beloved (novel): Beloved is a 1987 novel by the American writer Toni Morrison. Set after the American Civil War , it is inspired by the life of Margaret Garner, an African American who escaped slavery in Kentucky in late January 1856 by crossing the Ohio River to Ohio, a free state.

Beloved (1998 film): Beloved is a 1998 American psychological horror film directed by Jonathan Demme and starring Oprah Winfrey, Danny Glover, and Thandie Newton. Based on Toni Morrison's 1987 novel of the same name, the plot centers on a former slave after the American Civil War, her haunting by a poltergeist, and the visitation of her reincarnated daughter.

Beloved (Jewelry album): Beloved is the third studio album by K-pop group, Jewelry. It was released on July 4, 2003 on Star Empire Entertainment.