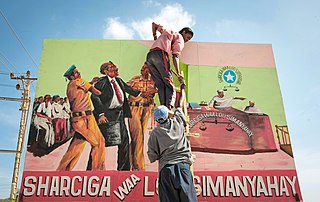 Billboard: A billboard is a large outdoor advertising structure (a billing board), typically found in high-traffic areas such as alongside busy roads. Billboards present large advertisements to passing pedestrians and drivers.

Billboard (magazine): Billboard , is an American entertainment media brand owned by the Billboard-Hollywood Reporter Media Group, a division of MRC Media & Info. It publishes pieces involving news, video, opinion, reviews, events, and style, and is also known for its music charts, including the Hot 100, Billboard 200 and Global 200, tracking the most popular songs and albums in different genres.

Billboard 200: The Billboard 200 is a record chart ranking the 200 most popular music albums and EPs in the United States. It is published weekly by Billboard magazine.

Billboard charts: The Billboard charts tabulate the relative weekly popularity of songs and albums in the United States and elsewhere. The results are published in Billboard magazine.