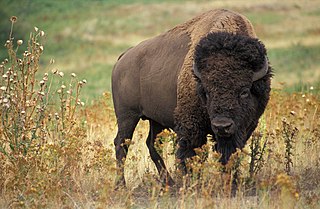 Bison: Bison are large, even-toed ungulates in the genus Bison within the subfamily Bovinae. Two extant and six extinct species are recognised.

Bison hunting: Bison hunting was an activity fundamental to the economy and society of the Plains Indians peoples who inhabited the vast grasslands on the Interior Plains of North America, prior to the animal's near-extinction in the late nineteenth century following Euro-American expansion into the West. Bison hunting was an important spiritual practice and source of material for these groups, especially after the European introduction of the horse in the 16th through 18th centuries enabled new hunting techniques. 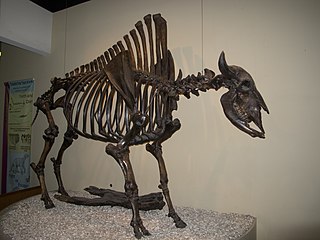