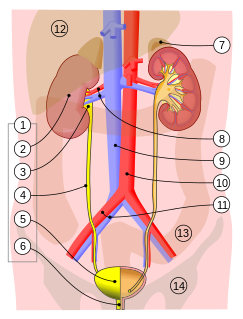 Bladder cancer: Bladder cancer is any of several types of cancer arising from the tissues of the urinary bladder. Symptoms include blood in the urine, pain with urination, and low back pain.Risk factors for bladder cancer include smoking, family history, prior radiation therapy, frequent bladder infections, and exposure to certain chemicals. 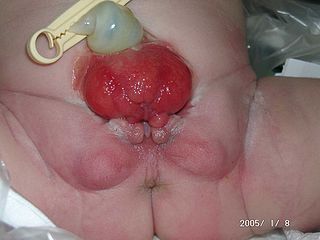 Bladder exstrophy: Bladder exstrophy is a congenital anomaly that exists along the spectrum of the exstrophy-epispadias complex, and most notably involves protrusion of the urinary bladder through a defect in the abdominal wall. Its presentation is variable, often including abnormalities of the bony pelvis, pelvic floor, and genitalia. 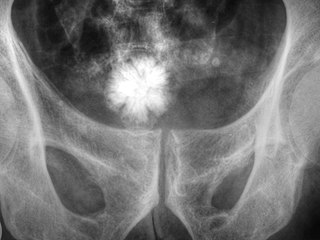 Bladder stone: A bladder stone is a stone found in the urinary bladder.

Bladderball: Bladderball was a game traditionally played by students of Yale University, between 1954 and 1982, until being banned by the administration. A variant of the earlier game of pushball, was originally a competition between The Yale Banner, the Yale Daily News, campus humor magazine The Yale Record and campus radio station WYBC. Revival games were played in 2009 and 2011, and very briefly, in 2014.