Bobby: Bobby or Bobbie may refer to:

Bobby Fischer: Robert James Fischer was an American chess grandmaster and the eleventh World Chess Champion. A chess prodigy, at age 13 he won a game which was dubbed "The Game of the Century".

Bobby Jindal: Piyush "Bobby" Jindal is an American politician who served as the 55th Governor of Louisiana from 2008 to 2016. Jindal previously served as a member of the U.S. House of Representatives and Chairman of the Republican Governors Association.In 1995, Jindal was appointed secretary of the Louisiana Department of Health and Hospitals. 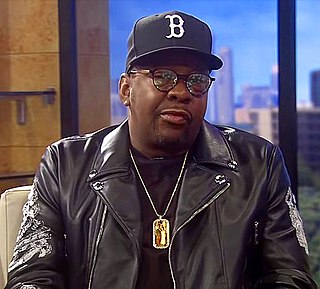 Bobby Brown: Robert Barisford Brown is an American singer, songwriter, rapper, dancer and actor. Brown, alongside frequent collaborator Teddy Riley, is noted as a pioneer of new jack swing; a fusion of hip hop and R&B. Brown started his career in the R&B and pop group New Edition, from its inception in 1981 until his exit from the group in December 1985.Starting a solo career, Brown enjoyed commercial and critical success with his second album Don't Be Cruel (1988) which spawned five Billboard Hot 100 top 10 singles including the number one hit "My Prerogative", and the Grammy Award-winning "Every Little Step".

Bobby Lashley: Franklin Roberto Lashley is an American professional wrestler and mixed martial artist. He is currently signed to WWE, where he performs on the Raw brand under the ring name Bobby Lashley, and is the current WWE United States Champion in his second reign.