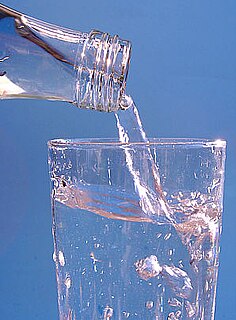 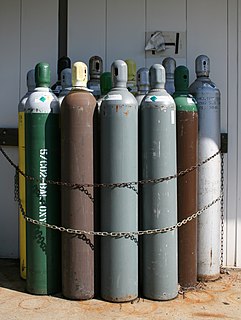 Bottled gas: Bottled gas is a term used for substances which are gaseous at standard temperature and pressure and have been compressed and stored in carbon steel, stainless steel, aluminum, or composite bottles known as gas cylinders.

Bottled in bond: Bottled in bond is a label for an American-made distilled beverage that has been aged and bottled according to a set of legal regulations contained in the United States government's Standards of Identity for Distilled Spirits, as originally laid out in the Bottled-in-Bond Act of 1897. As a reaction to widespread adulteration in American whiskey, the act made the federal government the guarantor of a spirit's authenticity, gave producers a tax incentive for participating, and helped ensure proper accounting and the eventual collection of the tax that was due.

Bottled Passion: Bottled Passion is a Hong Kong television drama produced by Television Broadcasts Limited under executive producer Lee Tim-shing. The drama premiered on Jade and HD Jade channels on 6 December 2011 and ended its run on 2 January 2012 with a total of 21 episodes.